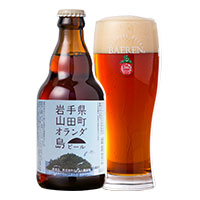 Yamada-machi is a name of the town located in Iwate’s coastal area facing the Pacific Ocean. It has an island called Oranda-jima which means Netherlands-island because it is visited by people from Netherlands around middle 18th century when Japan had taken National Isolation Policy. We had a plan to have an outside beer party on March 11th, 2011 (the day of the Great East Japan Earthquake) in Yamada-machi but it could not be held at all. A few years later, we decided to cheer people there up and began to sell this beer. 10YEN per sell of this beer is sent to the town as Disaster Recovery Support Act. The content of this beer is the same as Baeren Alt(traditional Dusseldorfer ale). 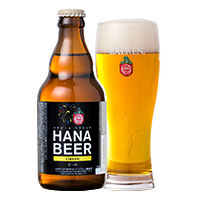 We made this beer to cheer up the people living in the Pacific coastal area which was hit by the Great East Japan Earthquake in 2011. Baeren staffs hope that bright light of beautiful fireworks illuminates the people and make everyone happy. 60yen per sell of this product is donated to LIGHT UP NIPPON Association, who hold Hanabi(Fireworks) festival on August 11 every year. The content is Classic Dortmunder lager beer.